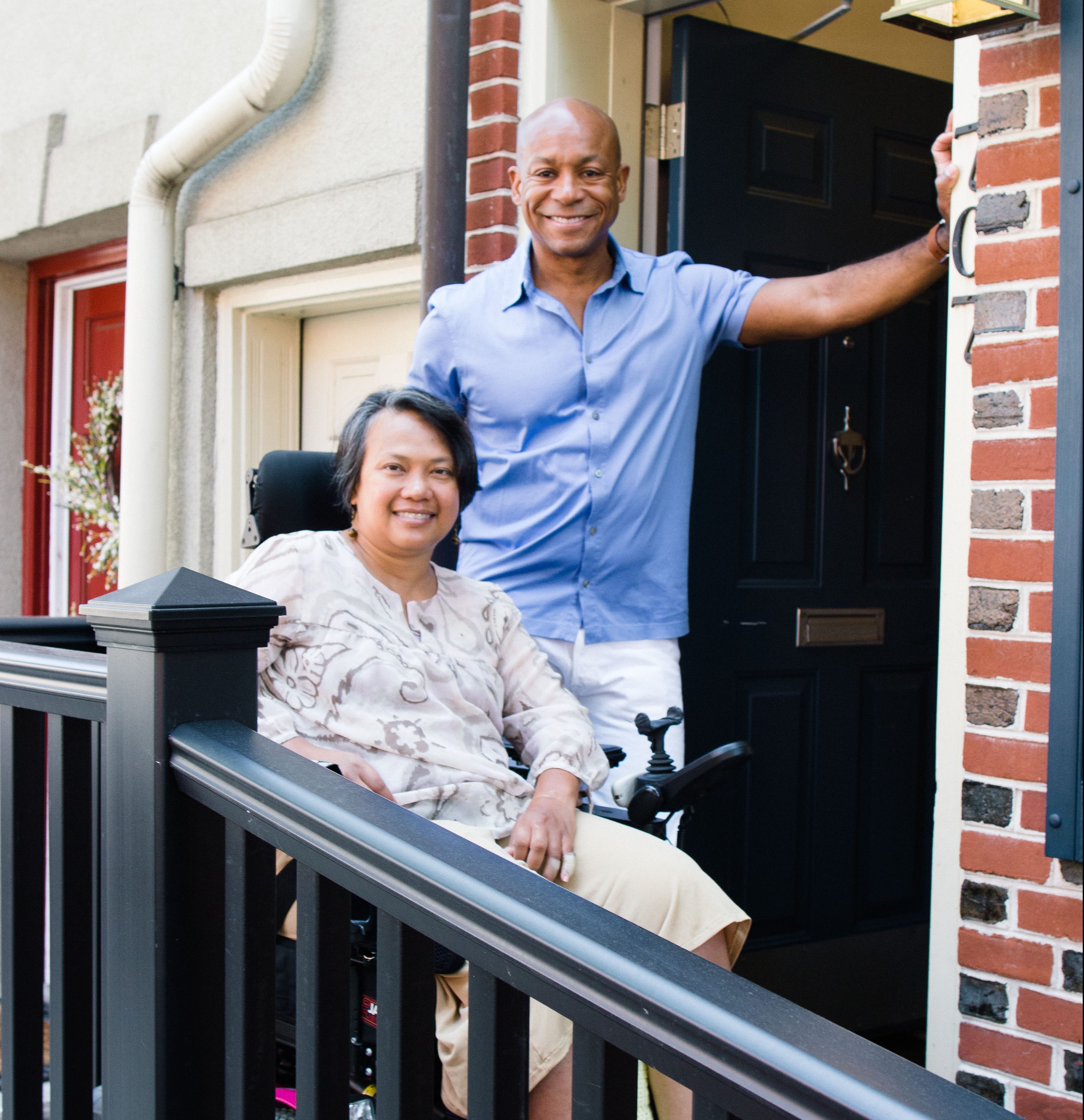 When Suria was injured almost two years ago, her then-fiancé Kirby set to work researching ways to adapt standard consumer technology to give Suria more independence in their home. They were so successful that they launched SunKirb Ideas, a company that focuses on identifying, adapting and installing affordable products that make clients’ homes “smarter” and give them back their independence. We were so excited about the independence afforded by the variety of technology being used that we paid them a visit in May to learn more about Suria’s “smart home”.

Possibly the most impressive thing about what Suria and Kirby have done is to adapt widely available consumer technology to meet Suria’s needs. Nearly all of the devices she uses are recognizable, common devices: Xbox, for instance, allows her to control her TV by voice; Amazon Echo responds to her voice helping her to turn on music, control the lights, get the weather, or add items to her shopping list (which syncs with her husband’s app on his phone so he can check the list live while out and about); and both Kirby and Suria’s smart phones and tablets connect to their Nest which allows Kirby to check on Suria, both of them to speak to each other from different floors of the house, and to see who’s inside and outside their home at any moment. Suria can also use her iPhone to see who’s at the door using their smart doorbell, to open and close the front door, and to speak to the guest to give them a temporary code to unlock the front door themselves.

In terms of assistive technology, that’s not the half of it! Home modifications like the ramp out front allows Suria to get in and out of their Philadelphia townhouse, and an accessible bathroom makes self-care much more manageable. Even little things make a world of difference, like a pointer she can strap to her hand to make typing easier, and a foam holder she rigged up with her occupational therapist that she velcros around her wrist allowing her to enjoy a cocktail without spilling it when they go out with friends.

Suria moves through her world with ease and a sense of humor, and all of this assistive technology adds up to support her social, productive, and independent lifestyle. We’d like to extend a big thank you to both Suria and Kirby, for opening our eyes to what’s possible and for offering your knowledge to others in order to increase independence everywhere.

Click the following images to see Suria in her home: 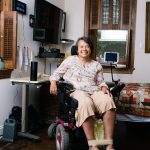 Suria uses a variety of consumer technology in her smart home, allowing her to access everything from the TV to the front door using her voice. 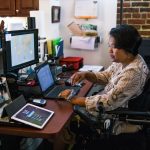 Suria works from home on occasion, using her desktop, tablet, a pointer to help with typing, and an adapted mouse. 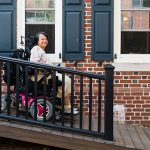 Several home modifications make this Philadelphia townhouse accessible for Suria, such as this ramp out front.