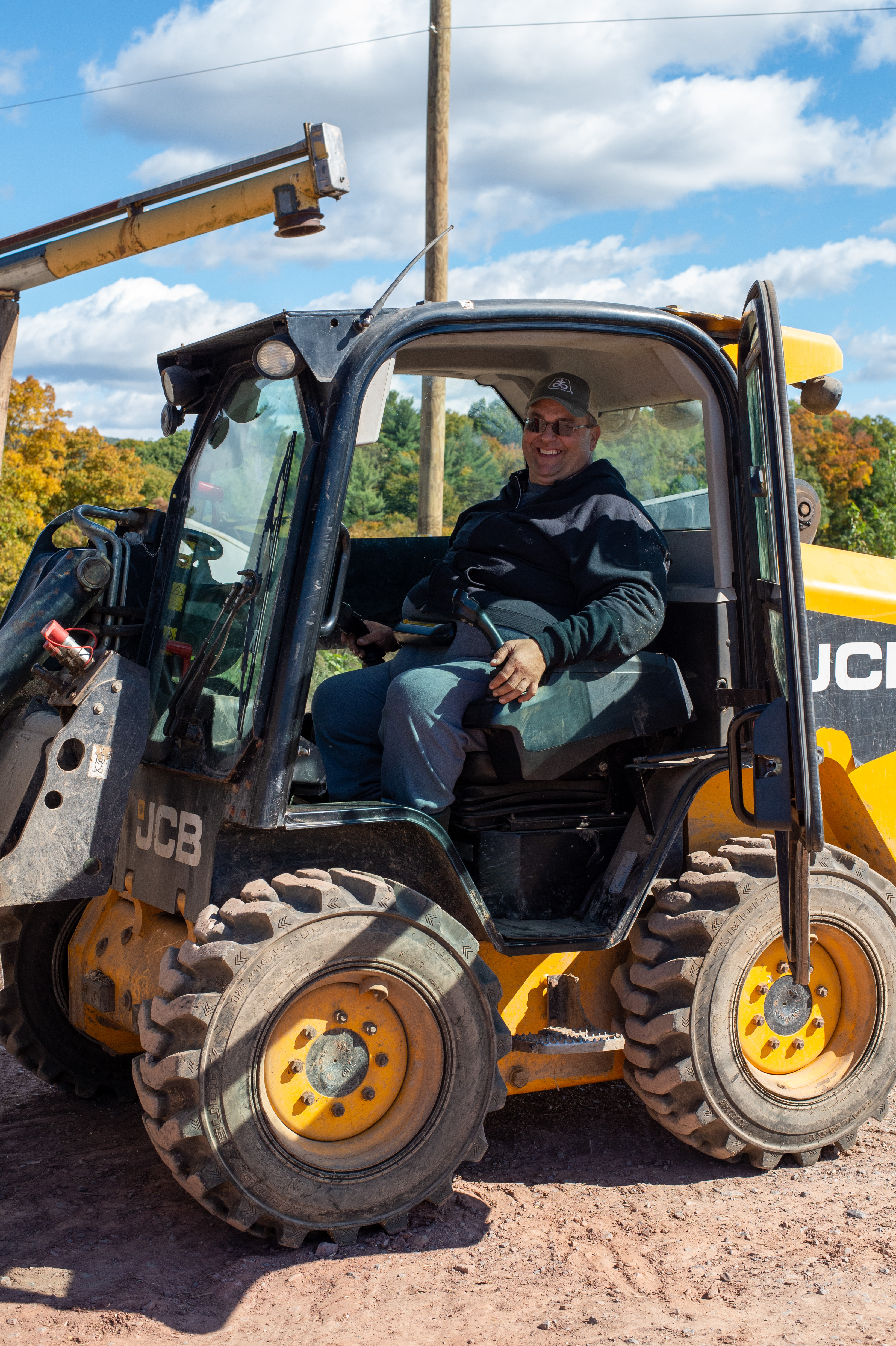 Garvin knew he wanted to be a farmer at age 5. “Farming was always in my blood; I knew it was what I wanted to spend my life doing,” said Garvin.

Known by his friends as “Butch,” Garvin grew up on Schaffer Farms and began farming at a young age alongside his father. After his father passed, he inherited the farm and eventually transitioned it from dairy and crops to beef cattle and grain. “Farming just isn’t the same without him there. I miss having him with me,” Garvin said. He loves to farm; he loves the outdoors, the diversity of each day, the time alone to think, and the hope that comes each spring for a good year.

But Garvin has been having trouble with his knees his entire life. In 2017 he had both of his knees replaced, which helped tremendously, but Garvin still was having difficulty accessing his skid steer – a piece of equipment he uses daily to move heavy items such as hay bales, grain, manure, pallets, and rocks. Most skid steers are front-entry, which means climbing over the bucket to get inside. This became even more dangerous in muddy, wet, or icy conditions. In addition, the front of Garvin’s skid steer was completely open to the weather. With metal in both knees, Garvin found completing his work almost unbearable on cold, wet, and windy days. 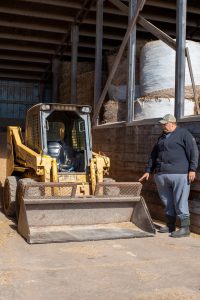 Garvin’s previous front-entry skid steer was open to the elements and with metal in both knees, it was unbearable to work on cold, windy days.

Garvin had connected with AgrAbility for Pennsylvanians (AgrAbility PA) and the Pennsylvania Office of Vocational Rehabilitation (OVR) years earlier for help with farm modifications to make his work around the farm easier. He implemented various assistive technology devices, including a utility device to get around the farm, an ergonomic tractor and skid steer seats to provide relief from back pain, and tractor steps to safely access his tractors.

This time, AgrAbility PA suggested testing out a side-entry skid steer with a fully-enclosed cab. Garvin found it much easier to get in and out of the unit, but the cost was significant and it was not eligible for funding from OVR. AgrAbility PA recommended contacting Pennsylvania Assistive Technology Foundation (PATF) for financing.

Garvin was unsure what to expect – his income and credit had taken a hit when he transitioned the farm from dairy to beef and grain. But, when Garvin began the application process he was relieved to find the PATF staff were interested in the big picture: Garvin was working hard to get back on his feet; he had every intention of paying back the loan; and PATF recognized that the skid steer would make a significant difference in his ability to do the work he loves. Ultimately, PATF’s Board of Directors agreed to guarantee a low-interest loan so Garvin could buy his skid steer. He was thrilled. 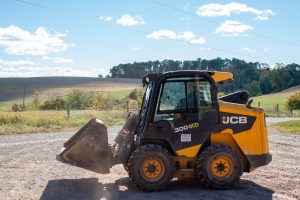 Garvin uses his skid steer on a daily basis to move everything from hay and cattle feed to rocks and pallets.

“PATF sure helped out! I actually got a letter from [PATF’s partner bank] Santander that I had been denied,” he explained, “but when the Board guaranteed it, that solidified the loan. And the low interest rate – that was spectacular,” said Garvin. “I am so glad these programs – AgrAbility, PATF, and OVR – are here to help. When you love something so much and face the possibility of not being able to continue, it is well worth making the phone call to see how they can help.”

At PATF we know how important having the right infrastructure is to running a successful farm, particularly the modifications and equipment needed when you have an injury, health condition, or disability, and as you age. We can help you navigate the funding resources available to Pennsylvania farmers for assistive technology, including our low-interest and no-interest loans. Contact us to learn more about how we can help.