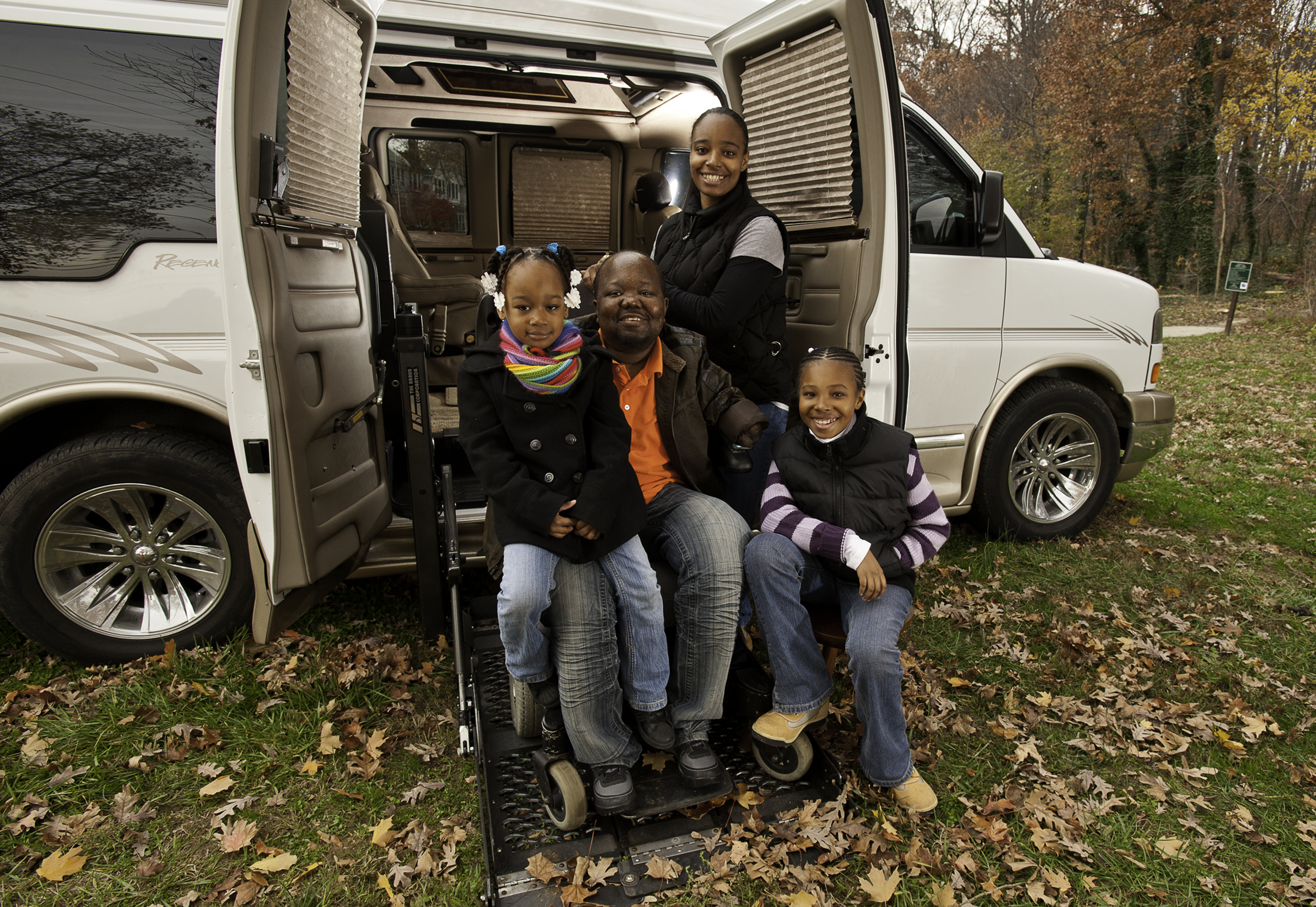 Sharrod has had an amazing life.  When he was 9 years old, he contracted bacterial meningitis.  He spent months in a hospital, drifting in and out of consciousness and battling infections.  Eventually, he had to have partial amputations of all four limbs.  When his condition finally stabilized, he was moved to a rehabilitation hospital.  There, he gradually grew stronger and learned how to use his prosthetic limbs and his wheelchair.  Finally, he was able to return home and go to his neighborhood school.

Since his illness, Sharrod has worked hard to fulfill his goals to have a job and to be a family man.  He met his wife, Gwen, at Faith Canaan Baptist Church in 2004, where he is currently a Deacon and Deacon’s Co-Chairman. They decided to get married and blend their families, and in 2006, they had a baby.  Soon thereafter, they found an affordable, accessible house not far from Sharrod’s mother’s house.  And, in 2007, Sharrod and Gwen became foster parents for the first time.

Sharrod worked at various jobs while attending college.  And now, in his late 20s, he is a contact representative with the Internal Revenue Service.  To get to work, Sharrod has a vehicle with a ramp and specialized (high-tech) hand controls.  Sharrod purchased his first mini-van with the help of the Office of Vocational Rehabilitation (OVR) who paid for the modifications.  Years later, however, as Sharrod’s family increased, he needed a larger van.  But, he wasn’t sure how he could finance one.

After looking at vehicles at VCI Mobility, he was referred to PATF.  As Sharrod says, “We were introduced to the ‘ever-so-pleasant Gretchen’ [PATF’s Senior Program Manager at the time] who helped us build our credit and assist us through the process so that we could get a loan that paid for our second, much larger, modified vehicle.  As Gwen and I have stated on many occasions, we are so blessed to be able to have a great program like PATF that has helped our family keep our lives moving in many different ways!”