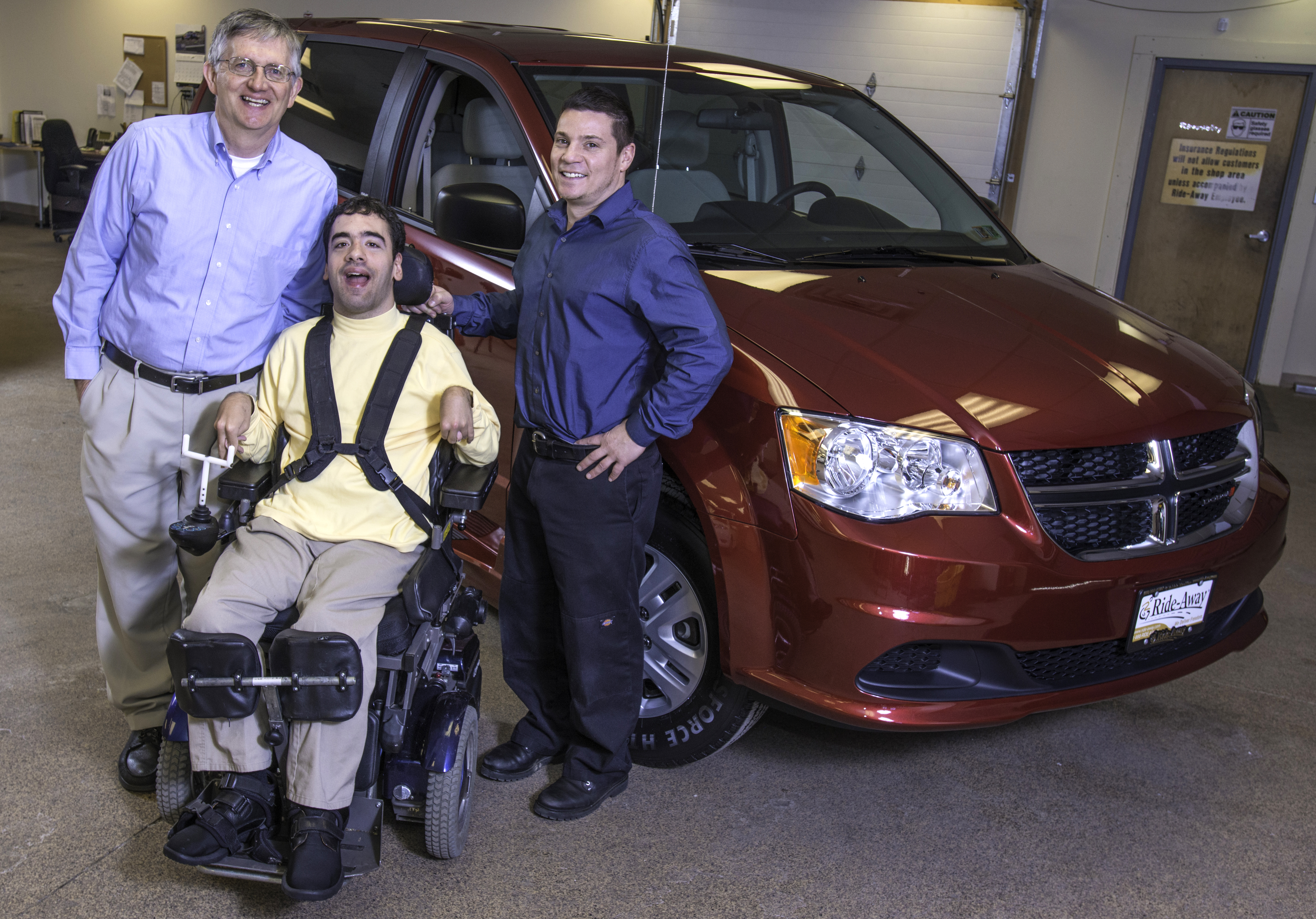 I heard so many different noises when I drove our ten-year-old wheelchair van that I couldn’t tell if I was hearing the rattling of the ramp, the roar of the muffler, or the flapping of the running board. So it came as no surprise when my mechanic finally told me it was time to get a new vehicle for my son, Michael.

Michael is 32 and has cerebral palsy. He’s also a wheelchair user who uses his van to go to his volunteer job with the Phillies, to his doctors’ appointments, and to a host of other places. Michael lives in his own home with two of his friends and having a van makes it possible for him to have the freedom to go out where he wants, when he wants.

Michael is fortunate to be enrolled in one of Pennsylvania’s home and community-based waivers (OBRA) that provide for services in the community. After I learned that we needed to get a new adapted van, Michael called his service coordinator at Cerebral Palsy Association of Chester County and asked if the waiver could pay for the modifications he needed. The answer was “yes,” because he could identify an appropriate need (a wheelchair accessible van) and a justification (a wheelchair user who cannot stand and/or transfer to a seat and who is unable to duck into a vehicle that has a standard opening because he has two rods and several screws at the base of his spin, and the wheelchair must be securely attached to the floor when traveling for safety reasons.)

Michael and I worked with RideAway, a van conversion company, to identify the modifications that were needed for a new van – a lowered floor, ramp, tie-downs, and a slightly larger opening in the side door. The invoice identified these specifications and was submitted to Michael’s service coordinator.

Because the waiver covers the cost of the conversion only, our next step was to find financing for the chassis – the body of the vehicle. I went to PATF because they were so helpful ten years ago when we got a loan for our old vehicle. And, this time, I knew we would need some extra help because we were combining waiver funding with financing the rest of the van.

The staff at PATF understood how we should put together this package. The process was outlined clearly and the staff helped me every step of the way. I ended up taking out the loan from Bryn Mawr Trust so that Michael could come with me to the closing – and then both of us were put on the title for the vehicle.

It’s been three months since Michael got his new van. He’s been going to his physical therapy appointments and to his job. He’s also been meeting his friends for dinner or just going to the Schuylkill River to watch the rowers. Michael’s quality of life is better because we could put together an affordable funding package for a new adapted vehicle. We feel very fortunate that Michael has a great service coordinator and that we found PATF!