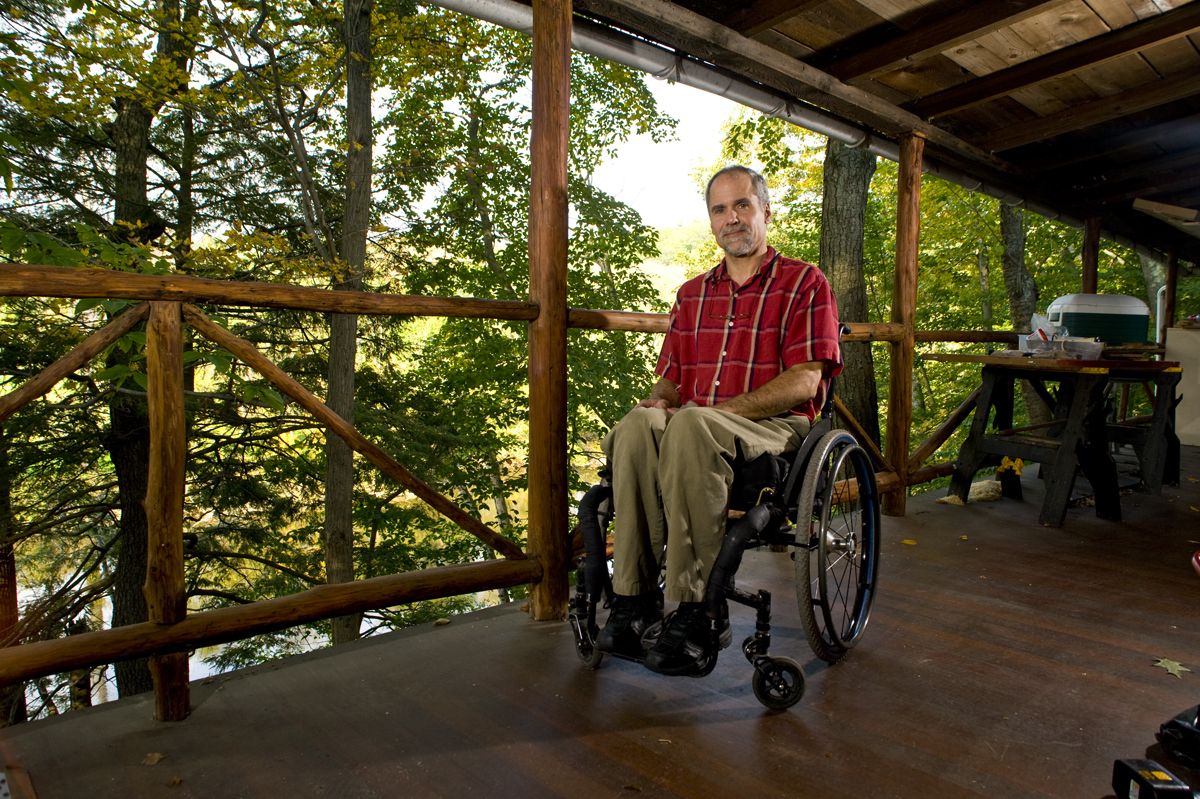 A quiet, natural setting, a beautiful river view from the porch, and only 40 miles from Philadelphia. Sound good to you? It did to Rich. But four months after he purchased his dream home, his dream threatened to turn into a nightmare. He fell while trimming a tree on his property and sustained a permanent spinal cord injury. After surgery, Rich spent months in rehab and countless hours in physical therapy to learn how to live with his disability and navigate the world as a wheelchair user. After rehab, Rich still wasn’t ready to live on his own, so he moved in with his 83-year-old mother and enrolled in the local community college. After years of being a carpenter, he decided a career in computer drafting would be a better fit for his new life.

While grateful for his mother’s help, Rich longed to move back to his idyllic home in the woods. There was one problem, though — nothing about his home was accessible. But he quickly decided that he would not let this get in his way. He did some research and found an organization, Self Determination Housing Project of Pennsylvania (SDHP), that gave him a grant through the Accessible Housing Program funds to pay for a modified bathroom. When he asked about making his kitchen accessible, SDHP referred Rich to PATF. Rich was then able to find a designer, and with a PATF loan, he modified his existing kitchen. Today, Rich has a beautiful house that easily accommodates his wheelchair. “It’s a joy to maneuver around my new kitchen. PATF and SDHP helped me meet some important challenges in my life.”