Over 14,000 Pennsylvanians with Disabilities Helped Through Loans Valued More Than $36 Million Since 1998

Over 14,000 Pennsylvanians with Disabilities Helped Through Loans Valued More Than $36 Million Since 1998

Chief Executive Officer Susan Tachau began by thanking Governor Wolfe and the General Assembly for believing in PATF. She vividly recalled Governor Ridge’s support in 1998 and stated, “I am so thankful to Governor Ridge whose backing 20 years ago helped launch our loan guarantee program, making it possible to extend loans to people who otherwise may not have access to traditional lending markets.”

Through loans valued at more than $36 million and with over 14,000 Pennsylvanians helped since its founding in 1998, PATF is considered one of the nation’s largest and most comprehensive Alternative Financing Programs (AFP).

At today’s press conference, PATF also released its 2017-2018 Annual Report, “Funding Solutions for Independence,” demonstrating a continued demand for its financial products, the majority of which are extended to low-income individuals. The Report also highlighted the following noteworthy statistics for 2017-18:

Tyler Morris, a borrower, college student, and campus leader, presented a first-hand experience of how assistive technology, financed by a low-interest PATF loan, is helping him finish his undergraduate degree.

“Assistive technology has allowed me to continue to pursue my dream of a college degree and my goal of helping other students, as it helps me get to and from classes, and get to those meetings to plan events and give my input on diversity on campus,” said Tyler.

Ms. Tachau also announced plans to work with the PA Department of Banking & Securities, the PA Housing Finance Agency, and the PA Department of Insurance to revise its comprehensive financial education curriculum, Cents and Sensibility. Cents and Sensibility empowers people with disabilities to have a voice in their financial future. The new (sixth) edition will include important information that affects all people with disabilities such as ABLE and the new reality of managed care. The curriculum is not only available in Spanish, but also as an interactive, accessible version at www.StudyMoney.us.

PATF’s Board President, Derek Baker of Philadelphia’s Reed Smith LLP, announced that PATF was honored to be included again in the Governor’s proposed budget for fiscal year 2017-18 in a line item called Assistive Technology Devices (Financing), within the Department of Labor & Industry. This appropriation will support PATF’s operations on behalf of people with disabilities of all ages and incomes across Pennsylvania. PATF is also advocating for an increase of $100,000 (total of $500,000) supporting the cost associated with outreach, underwriting, and processing new loan applications so that the organization can help additional Pennsylvanians.

Pennsylvania Assistive Technology Foundation (PATF), founded in 1998, provides education and financing opportunities for people with disabilities and older Pennsylvanians, helping them to acquire assistive technology devices and services that improve the quality of their lives. It is headquartered in King of Prussia, PA and uses a network of Funding Assistance Coordinators across the state to assist prospective borrowers. The organization’s website is www.patf.us. Contact them at (888) 744-1938, or patf@patf.us. PATF is also on Facebook and Twitter. 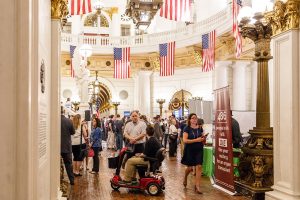 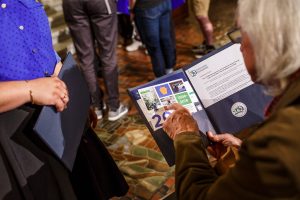 Our Press Packet, which included our Annual Report, our 20th Anniversary Infographic, and our press release. 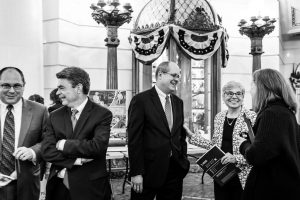 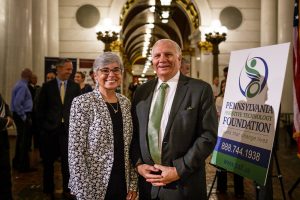 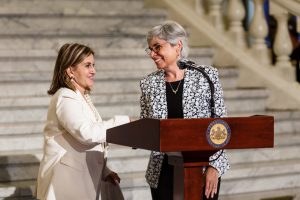 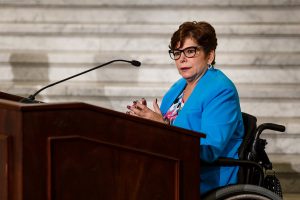 Senator Christine Tartaglione shares her support of the PATF mission. 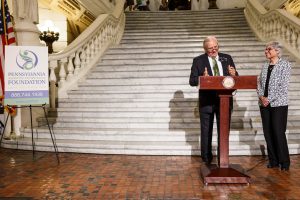 Senator Bob Mensch talks about his own son’s use of assistive technology. 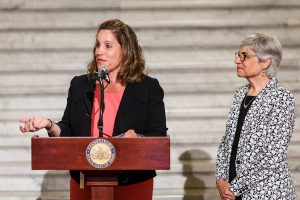 Representative Sheryl Delozier speaks about the many Pennsylvanians in her district who have benefitted from PATF’s programs. 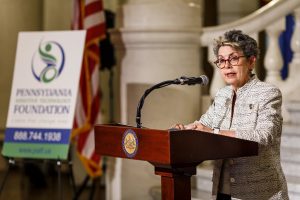 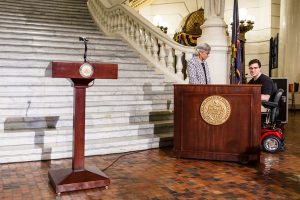 PATF borrower Tyler Morris speaks about his experience with Myasthenia Gravis, and the importance of programs like PATF. 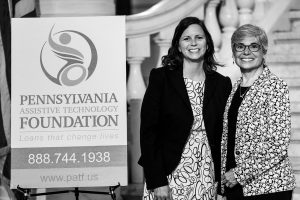 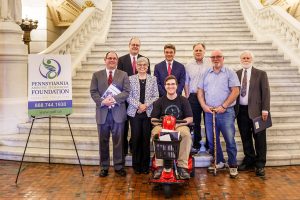