Join us for Money Talks: A Free Webinar Series on Financial Empowerment for People with Disabilities 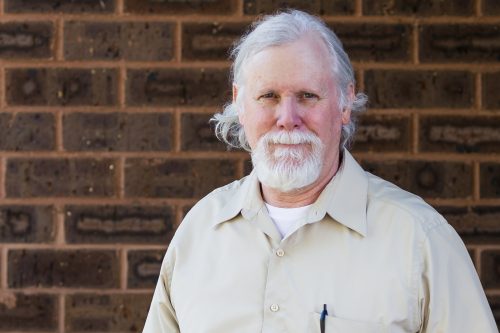 David Gates is the Senior Attorney for the PA Health Law Project. Mr. Gates has been representing families and adult consumers in efforts to access services and supports under Medical Assistance and other forms of health insurance and public funding since 1976. He previously worked for the Bucks County Welfare Rights Organization, Bucks County Legal Aid, State Sen. Roxanne Jones, and the National Health Law Program in Washington DC. He is currently a Senior Attorney with the Pennsylvania Health Law Project where he has worked since 1991. He has represented children and adults with disabilities in appeals before the Department of Public Welfare/Department of Human Services, the PA Insurance Department, Common Pleas Court, Commonwealth Court, Superior Court, the Federal District Courts for the Eastern & Middle Districts, the Third Circuit Court of Appeals and the PA Supreme Court. He participated in the drafting of HB 20 of 1991 that created the Children’s Health Insurance Program (“CHIP”) and in the drafting of regulations implementing the Managed Care Act (Act 68 of 1998).

Mr. Gates was a member of the Dept. of Public Welfare’s Autism Task Force, DPW’s Bureau of Autism Services’ Advisory Board, the Autism Waiver External Advisory Committee as well as the DPW’s Children’s Behavioral Health Task Force, DPW’s Home and Community Based Services Stakeholder Planning Team (“SPT”), DPW’s Advisory Committee on Employment of Persons with Disabilities and the Housing Alternatives Workgroup of the Intergovernmental Council on Long Term Care. He is currently a member of the ISAC Autism Subcommittee and the Autism Insurance Advisory Committee. He testified before the PA Senate Banking and Insurance Committee on HB 1150 which became the Autism Insurance Law and twice before the PA House Human Services Committee in 2013.  After the enactment of the Autism Insurance Law, he served as a consultant to DPW on the implementation of the Act as well as serving on the DPW External Workgroup.

Since 2009, Mr. Gates has done 100 trainings throughout the state, training 4500 persons, and many more before 2009. He is on the Board of Autism Living and Working, a non-profit serving adults on the autism spectrum, the PA Assistive Technology Foundation and the Center for Independent Living of Central PA. He won the Rose Rosa Advocacy Award from the Montgomery Co. ARC in 1996; the Striving for Excellence Award from PA Legal Services in 1999; the PA Initiative on Assistive Technology’s annual Advocacy Award in 1999 and the Philadelphia Alliance of MH/MR Provider’s annual award, also in 1999. In 2009, he received an Excellence Award from PA Legal Aid Network for his work with HomeWorks, an independent living homeownership project for three individuals with disabilities. In 2016 he won an advocacy award from the ABA in PA Initiative and Champion for Social Justice from PEAL.